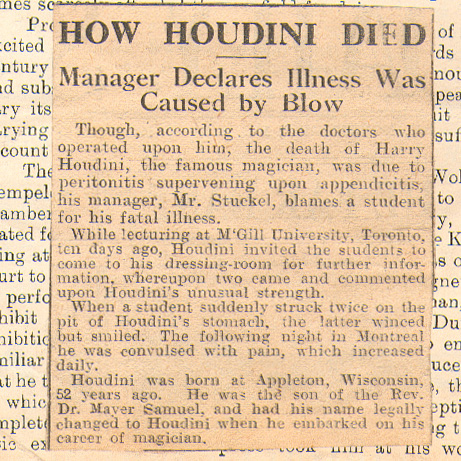 Though, according to the doctors who operated upon him, the death of Harry Houdini, the famous magician, was due to peritonitis supervening upon appendicitis, his manager, Mr. Stuckel, blames a student for this fatal illness. 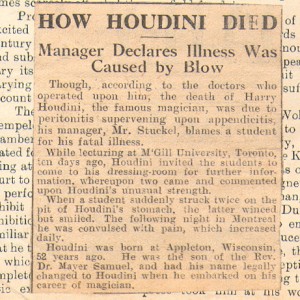 While lecturing at McGill University, Toronto, ten days ago, Houdini invited the students to come to his dressing-room for further information, whereupon two came and commented upon Houdini’s unusual strength.

When a student suddenly struck twice on the pit of Houdini’s stomach, the latter winced but smiled. The following night in Montreal he was convulsed with pain, which increased daily.

Houdini was born at Appleton, Wisconsin, 52 years ago. He was the son of the Rev Dr. Mayer Samuel, and had his name legally changed to Houdini when he embarked on his career of magician.